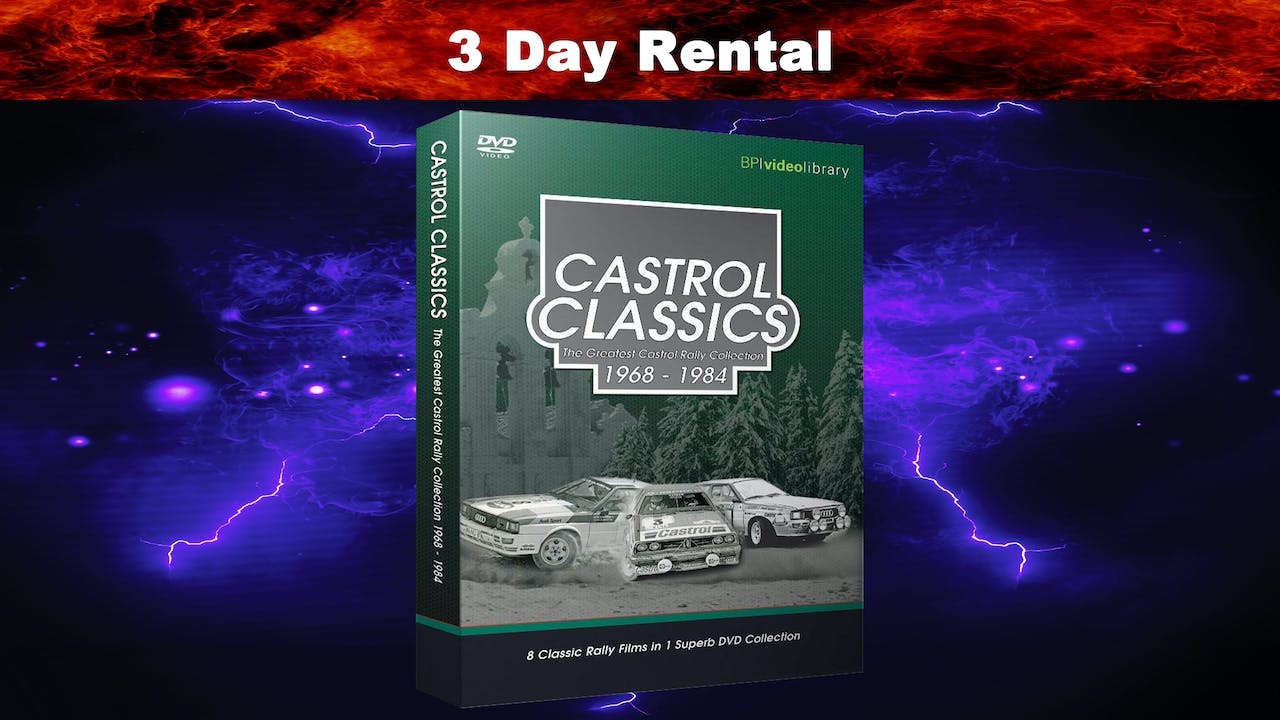 Eight classic rally films celebrating the sport's heydays, with exciting action and interviews with many of the greatest drivers of all time, including Roger Clarke, Ari Vatanen, Hannu Mikkola, and Stig Blomqvist. Flying Finns examines the techniques of Hannu Mikkola and Timo Makinen on the 1968 The Rally of the Thousand Lakes. Stages to Victory features the 1976 Castrol / Autosport Rally Championship fought over ten rounds with the issue undecided until the very end. Appointment in Penha see the giants of the world of international rallying, Alén, Waldegård and Andersson as they are featured in a titanic three-way battle in the mountainous 1977 Rallye de Portugal. A Tale of Two Rallies focuses on the 1979 San Remo and the 1979 Lombard RAC Rallies. Highlights include the efforts of the Lancia and Fiat teams to win their home event and, in contrast to the Italian sunshine, the challenges of Britain's forests in November. Chariots in the Sun covers the 1981 Acropolis Rally that took place over rough Greek tracks with dust and heat providing a constant strain on drivers and mechanics, dramatically captured in some revealing servicing sequences. Twilight Zone sees Hannu Mikkola compete in the 1982 Swedish Rally. The film includes dramatic in-car sequences of him hurling his Audi Quattro over snow-covered roads the Scandinavian twilight. A tense climax is reached when Mikkola and team mate Michele Mouton fail to arrive on schedule. The rugged Corsican scenery in A Place in the Sun provides the backdrop for the 1983 Tour de Corse and compares styles of the Audi and Nissan teams. Finally Local Heroes centres on the Thousand Lakes Rally in Finland with local heroes Hannu Mikkola, Markku Alen and Ari Vatanen fighting to the finish.